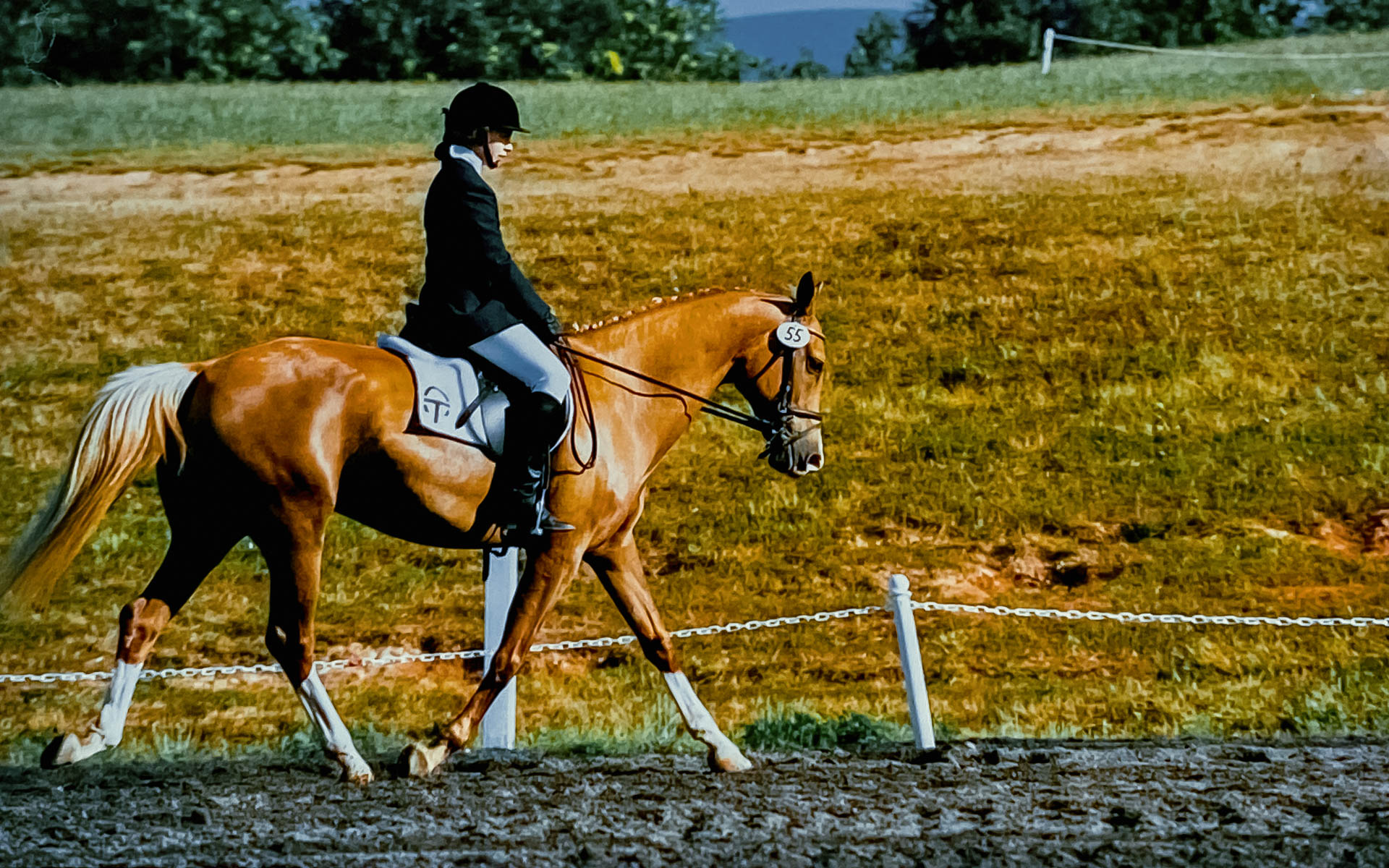 Growing Up with Akhal-Teke Horses

I was watching a TV series on Netflix the other day that featured a beautiful Friesen horse, a breed that is often used for films. It got me thinking about horse breeds that are coveted for their good looks. This led me down memory lane and my family’s extensive background with Akhal-Tekes, the golden horses of Turkmenistan. Many of my years as a budding equestrian were spent riding and working around these beautiful horses.

The Akhal-Teke is an ancient, rare breed that date back as far as the Arabian, and may have even been older than them. They have grown in popularity across the world, however I believe that their numbers are still below 10,000 globally. Back when we first came across one there were maybe two to three thousand. It is good to see their population increasing.

These horses have a few unique qualities to them. The most celebrated is the metallic sheen that their coats can have. There are those that literally look like someone cast them in a block of polished gold, their hair glinting in the sun. You can find gray, black, and cremello as well, but this golden coat is the most cherished.

Another noticeable feature is their body style, which is long and lean. They are not large horses, normally within the 15 hand range, and their build is much like a long distance runner. Actually, the Akhal-Teke is an amazing endurance horse, so this feature makes sense.

Their eyes are also a key characteristic. They are an almond shape which can seem hooded, which adds to their other worldly look. Finally, their manes and tales are sparse and course, which in my mind adds to their sleekness and athletic prowess. Many of these features allowed them to live in desert conditions. 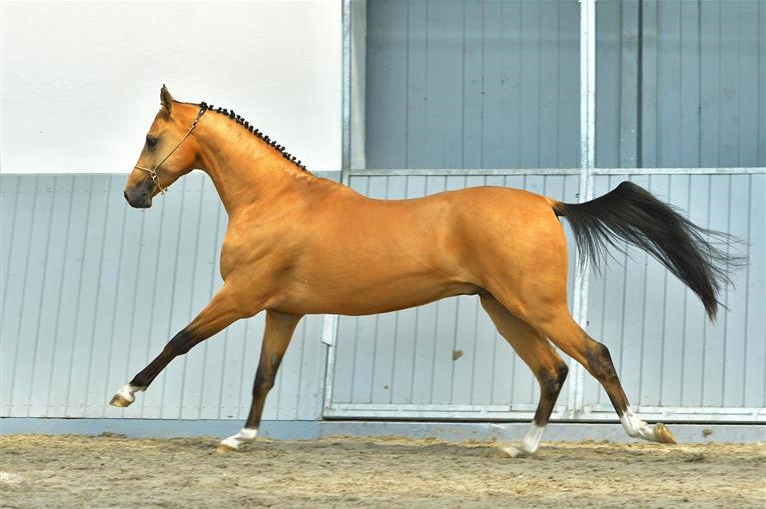 These horses are very athletic and versatile. As mentioned, Akhal-Tekes are known for their endurance, particularly in adverse conditions. There is a famous story of a 4,000 kilometer ride from Ashgabat to Moscow in 1935. The group completed it in 84 days, which included a three day desert crossing of almost 380 kilometers. They are also wonderful jumpers and dressage horses. The most notable Akhal-Teke in the sport horse world was Absent. He was a stallion representing the (then) Soviet team, who won two golds and a bronze in the 1960, 1964, and 1968 summer Olympics.

When I was about 13 my mom and I went to a new barn to start working with a dressage trainer. There I met two Akhal-Teke stallions who made a huge impact on me. As a horse-crazed teenager I thought they were simply magical. We became very involved in the preservation of the breed. At the Minnesota Horse Expo and State Fair we stood in front of their stalls to speak with people about their history and traits, we researched them, and we went to see other horses in the Midwest.

When my trainer moved to Virginia to work on an Akhal-Teke breeding farm, I spent a summer with her riding and showing their horses in dressage and eventing. The photo above is me at age 16 riding one of their mares, (I wish I could remember her name). Later in life I considered combining my love for horses with my interest sociology to research and write down the oral histories surrounding this ancient breed, a task that I realized would be daunting, (but one which still swims in my mind).

We were so enamored with the breed that my mom purchased a lovely, golden bay mare named Dushka. She rode her in dressage, and we even dabbled a bit in endurance riding alongside my Appaloosa. Dushka was the most uncomplicated horse we have ever owned. She was always sweet and willing, loyal to a fault. We never had lameness or injury issues. She didn’t spook or have any naughty habits. This little mare would go anywhere and try her best with any task we put before her.

The only reason why we sold her was because mom got pretty serious with her dressage goals and needed a larger horse. While we would never trade in Henley or Diego, the two giant beasts currently in our family, I think mom sometimes misses the simplicity of sweet little Dushka.

A Horse to Cherish

The Akhal-Teke is a horse breed to be cherished and protected. They were an inspiration to my mom and I, so I hope to see them grow in numbers, loved by responsible horse owners across the world, and even take center stage in movies.

Stay tuned for a review of an adventurous book on Akhal-Tekes!

Note: Everything on this site is based on personal experience and research. We do not profess it to be an absolute truth, as everything can change based on someone’s experience, situation, horse, and background knowledge. If you see something that you feel needs another perspective, or if you would like to add any factual knowledge, please reach out to us with your thoughts and resources. We are open-minded and welcome constructive input.