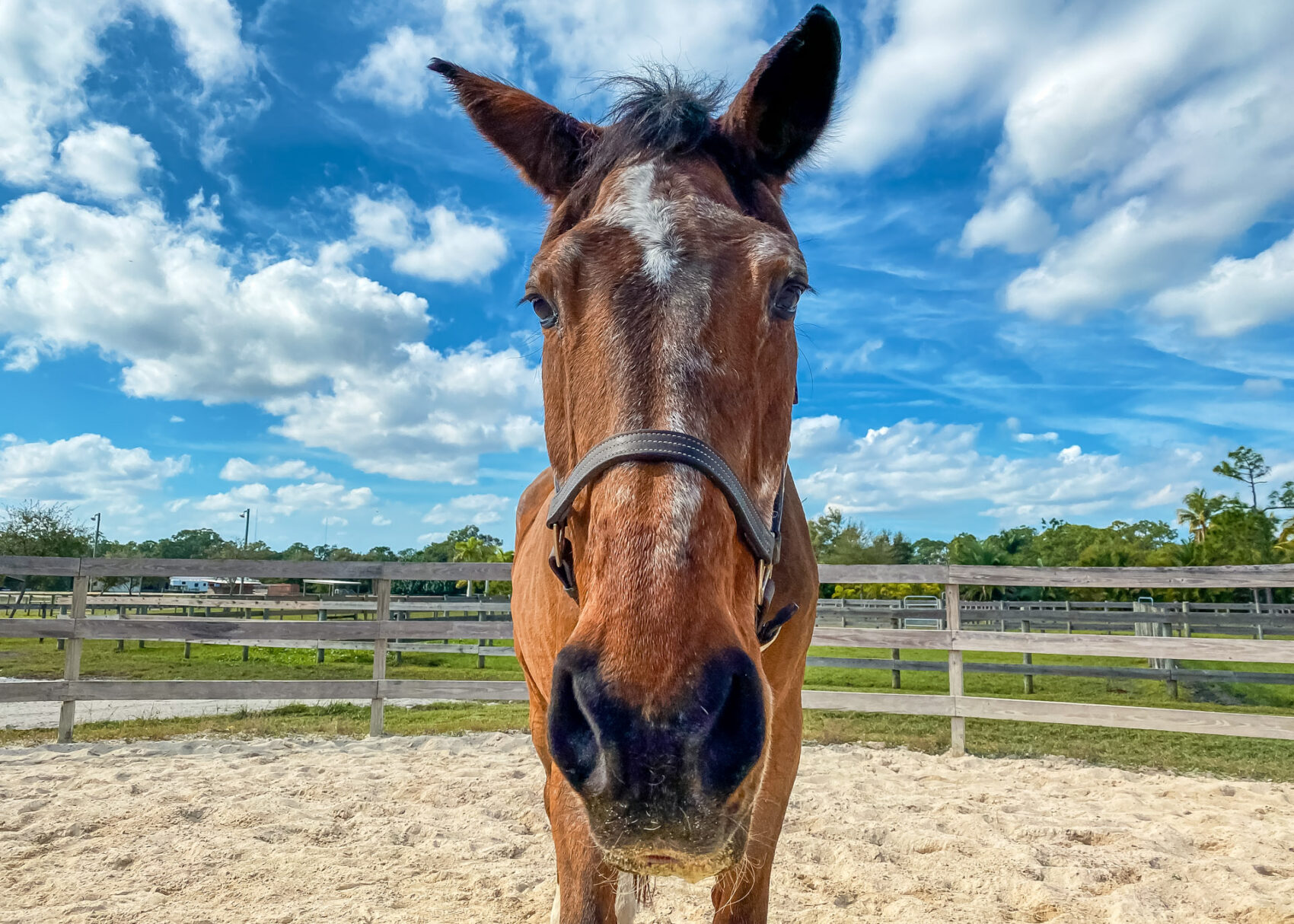 Keeping up with the needs of an aging horse is no easy task, (and could easily fill this blog for a couple of months). Our old guy, Henley, seems to do well for a while and then suddenly something changes with him and we notice he is losing weight. There seems to be a cumulative effect, where he is fine with a certain amount of food until all of a sudden he isn’t. He is 30 years old, and is a finicky eater. Anxiety is his main personality trait, and it gets more pronounced when he is hungry. It is the horse version of “hangry”. So when he started acting weird for a couple of days, we went to his food.

Due to Henley’s geriatric state he is starting to lose some teeth, and the ones he has left are quite worn down. The poor guy can’t eat regular hay, he gums it to get the taste and then spits it out in a gooey clump. His meals are made of soaked alfalfa hay cubes and soaked senior feed, in separate buckets. I imagine that this is a bit like being on a thick, smoothie only diet. It must get old. He doesn’t always eat it down in one sitting, but a few mouthfuls here and there as the day progresses. The old man also disapproves of any additives such as oil or supplements. He is a purist, and will turn his nose up at anything you try to hide in his soggy meals. Feeding him can be a bit of a challenge.

One of the issues we always seem to run up against is how well soaked the alfalfa cubes are. It is a bit like the Goldilocks story in trying to find the right consistency. Too dry and the hay cubes are too hard for him to eat, and they could actually cause some dangerous issues as they expand in his system, such as choking. Too soupy and he can’t get a mouthful. Henley is not one to dunk his nose as I have seen other horses do. The old guy demands that it be just right, or he just won’t eat. Typical of Henley, he has us scampering to serve to him.

Now, this may seem like a simple thing. Soak the hay cubes to the desired consistency and feed. However making sure your picky, anxious, thirty year old’s hay is properly soaked to his “just right” is trickier than one might think. No one has time to add water, stir, add more water, stir, and repeat when there are 40 other horses to feed all with their own requirements and peculiarities. Therefore, I decided that if we can find the perfect water to alfalfa cube ratio so that the staff can just measure both and stir once, then we can simplify everything. It is just math, right?

I figured that if I can find the right ratio of water to alfalfa cubes in a small amount we can just proportionately apply that to Henley’s meal measurement. So, I experimented with one cup of alfalfa cubes. I tried it with four, six, and seven cups of water soaked for an hour. Seven was definitely optimal, however I feel eight could work as well. It has enough water that the cubes expand into a desired consistency with no more than one stir. It also wouldn’t be too wet or sloppy so as to lose some of that texture we have noticed he still craves, or create a situation where he would have to dig for his supper. 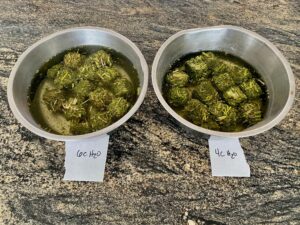 Henley typically gets two scoops of alfalfa cubes at each feeding. That would mean whomever is setting it up would have to count out 14 scoops of water. Again, this just is not efficient. The solution I came up with is to set up the bucket with the alfalfa and water as you first pour it in and score the water level on the bucket with a knife. This way all anyone has to do is add his alfalfa and then fill it up with water to the mark in the bucket, let it sit for an hour, give it a stir, and voila!

I think it will work.

They Are Worth It

Henley sure is a prima donna. He has us catering to his every need. Everyone loves him. They always comment on how cute he is and how spunky he can still be.  We work hard to maintain his health and weight at his age, and it pays off! He still has a light in his eye, knows he is loved, and is able to be a part of it all. He is family after all.

Note: Everything on this site is based on personal experience and research. We do not profess it to be an absolute truth, as everything can change based on someone’s experience, situation, horse, and background knowledge. If you see something that you feel needs another perspective, or if you would like to add any factual knowledge, please reach out to us with your thoughts and resources. We are open-minded and welcome constructive input.